When Was the Sewing Machine Invented? All You Need to Know
Close Menu

When Was the Sewing Machine Invented? 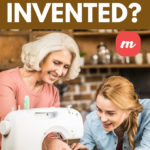 Whether you’ve used one or not, the sewing machine is one of the most noticeable inventions in the world. Without it, the fashion industry wouldn’t have evolved to the titan it is today, as manual sewing wouldn’t have been able to produce as many pieces of clothing as today’s industrial sewing machines do. While everyone knows what it looks like, but how many know where the sewing machine was invented, what year, and by whom?

Throughout the years, many people have tried to improve the function of the first sewing machine, but the one who actually owns the patent for inventing it is a German-born engineer named Charles Fredrick Weisenthal. He invented the first sewing machine back in 1755, but the patent really stood for a double-pointed needle, and there were no specifications in regards to the rest of the machine. 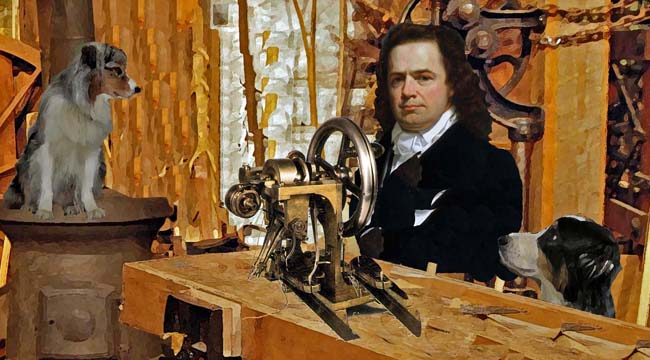 A few years later, in 170, Thomas Saint was responsible for inventing the first sewing machine design, for which he received a full patent. However, it is not known whether his machine was functional either, because it was never advertised. The patent he received made note of an awl that could make holes through leather and pass a needle. When people attempted to recreate the design of that machine based on the information given by the patent, it was not functional.

Later on, in 1804, James Henderson and Thomas Stone invented a machine that could replicate the process of hand-sewing. Also in 1804, John Duncan received a patent for a machine with multiple needles that could make embroideries. 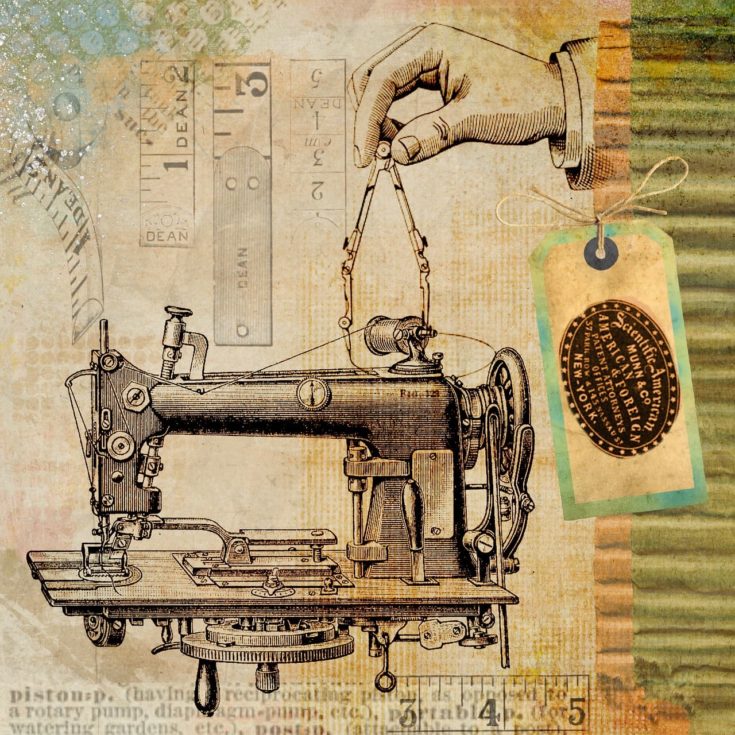 Fast forward to 1810, Balthasar Krems created a machine that could automatically sew caps, but he never patented it.

John Adams Doge and John Knowles created the very first American sewing machine back in 1818. Their invention, however, started malfunctioning before being able to sew any significant amounts of fabric.

Despite all these efforts, the first true functioning sewing machine was patented in 1830 by Barthelemy Thimonnier, a French tailor. The machine was capable of using a hooked needle and a single thread in order to create a chain stitch. When this invention first surfaces, Thimonnier’s garment factory was set on fire by French tailor who believed that the sewing machine would leave them unemployed. 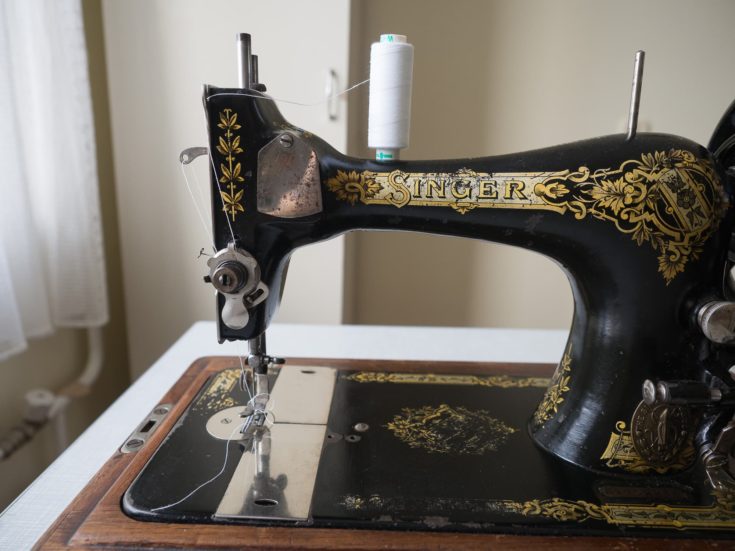 Why does this name ring a bell? In 1846, Elias Howe recreated the design of the eye-pointed needle sewing machine invented by Walter Hunt back in 1834. However, while plenty of people know who Isaac Singer is and a lot of them never heard of Elias Howe, Singer actually copied the sewing machine design of Howe, which lead to intense patent litigation. After a few court appearances, the patent was eventually granted to Howe in 1850.

Known as one of the most popular sewing machine manufacturers to this day, Singer faced court against Howe, attempting to prove that the design of the sewing machine was already decades old, and that Howe didn’t deserve royalty payments from others who were using the design.

Before 1850, sewing was one of the main activities of housewives who would sew anything from clothes to bed sheets. Due to the industrial revolution, industries that relied on manually labor drastically changed. When Singer began to release the sewing machine into the world, it was a huge piece of machinery that immediately caught attention the second you stepped into a room. 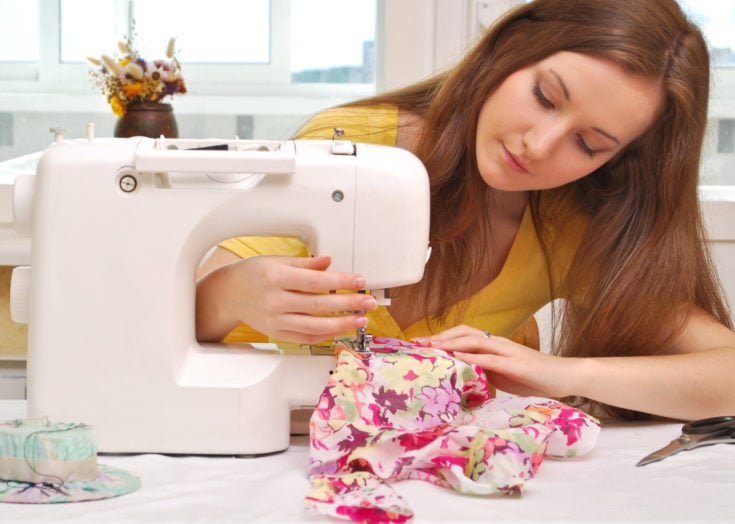 Manufacturers then attempted to raise the attention that the sewing machine received amongst middle class homeowners, so they began fiddling with its design. It was mostly to convert the machine into a piece of home furniture, so they added elements like boxes that were meant to cover the top of the machine.

The third iteration was designed to side the entire machine in a wooden box. When concealed, the sewing machine would actually look like a drawer cabinet. 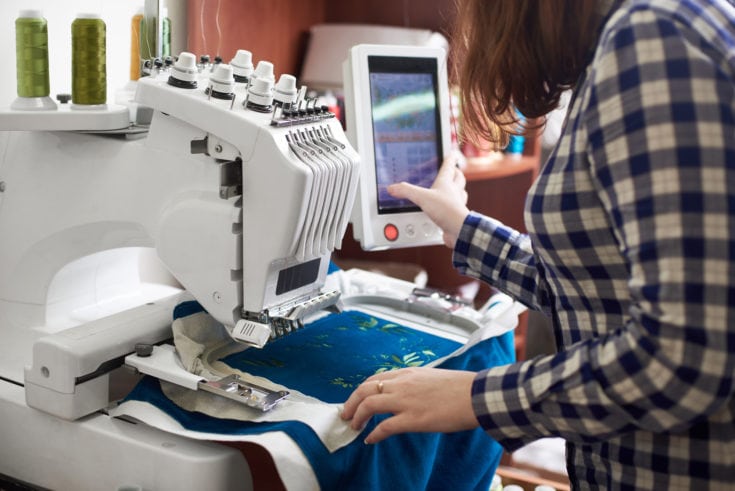 Sewing machines have evolved tremendously compared to what the first models used to look like. The original sewing machines are now being sold as collectors’ items and have turned into valuable vintage pieces.

Today’s modern sewing machines can be fully electronic and computerized, having displays that smoother the stitch selection process and giving the user important information about current settings. Some of the more advanced sewing machines come with embroidery stitches and patterns that can be added to the microprocessor program. You can thus create your own design on your computer and then transfer them to the memory of your sewing machine to create very specific and personalized patterns. However, this process requires a little bit of knowledge, as you have to learn how to use software that helps you create these patterns.

The sewing machine, while now a seemingly trivial product, was once a subject for intense patent litigation. There are plenty of people who tried to patent and improve the sewing machine, bringing improvements that would make every homeowner want to purchase one of these. 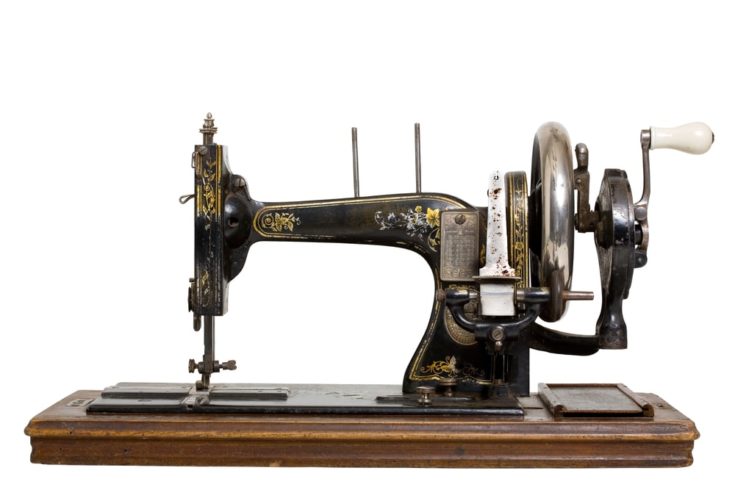 Throughout its history, there were plenty of sewing machines that turned out to be dysfunctional, so if you ask someone when and by whom the first sewing machine was invented and they don’t know the answer, it’s because of a good reason.